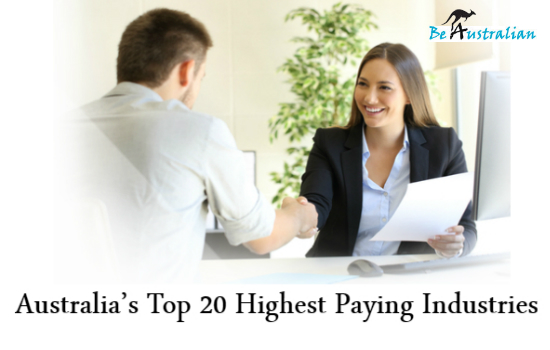 Now, SEEK, Australia's number one marketplace for employment, declares Australia’s greatest paying industries and occupations across the nation.
The data which puts the aggregate advertised salaries over 28 industries, unveils Mining, Resources & Energy as the sector to be the most profitable for workers in Australia. The data reveals the greatest average announced salary over the nation for this industry is $116,108 per year. This sector has been continuously the best performer in the stakes in pay, topping SEEK’s Yearly ranking of salary as the biggest paying industry for the sixth year working.

The best 5 paying industries with the biggest average salary:

The least 5 paying industries with the weakest average salary:

The best paying I.C.T occupations are: